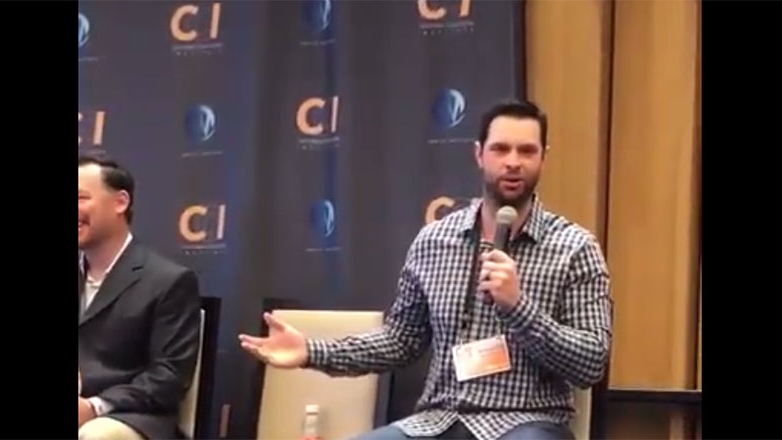 Video courtesy of Carole L. Hong, OD, FCOVD: In this video, San Francisco Giants first baseman, Brandon Belt, discusses how vision therapy helped him recover from concussions even though he had “perfect vision.” Even now, he continues to go to vision therapy and he thinks vision therapy is “the next level of the game.”

Voice of Carole L. Hong, OD, FCOVD: Brandon, I know you’ve been quoted as saying like “If I can see it, I can hit it,” and I know that vision therapy was a part of your journey. Can you tell us a little bit about that and any vision symptoms that you had prior…

Brandon Belt: Yes, so, I basically have perfect vision. I mean, I can see really well. Like, I don’t know. Like, superhuman vision. <laughter> So, I mean. And, I say that for a reason too. Because, and I think a lot of athletes are like that. So, when the smallest thing is off, we notice it.

And, you know, it’s not, I mean this is a couple of different ways that it affects you. I mean sometimes it’s double vision. Sometimes something’s blurry. Sometimes everything just slowed down and your eyes aren’t moving as quickly as you want them to. So, I think that’s what I meant by saying what I said.

But, that also brings the most stress too, because in baseball, your eyes are everything. You’ve got to have them working perfectly, and when it doesn’t come back quickly, man, that brings on a lot of anxiety, and that’s one of the biggest problems I have, and after the last two concussions I went to vision therapy and I did that for a couple months.

I did it [vision therapy] during the off season because that’s just when my concussions fell – I was able to do it in the off season. So I did in the 4 months of the off season, and I came back and had both years, pretty much, had all star seasons.

So, one was in 2016 and one was before last season, and I was having one of my best years to date last year before I had the surgery. So, the thing I learned from that was vision therapy is pretty important whether you have a concussion or not.

So, I’ve been going back and doing that, and it’s just so important to our craft and to our sport. That it means everything, and that why I said that and why it’s so important to me at the time.